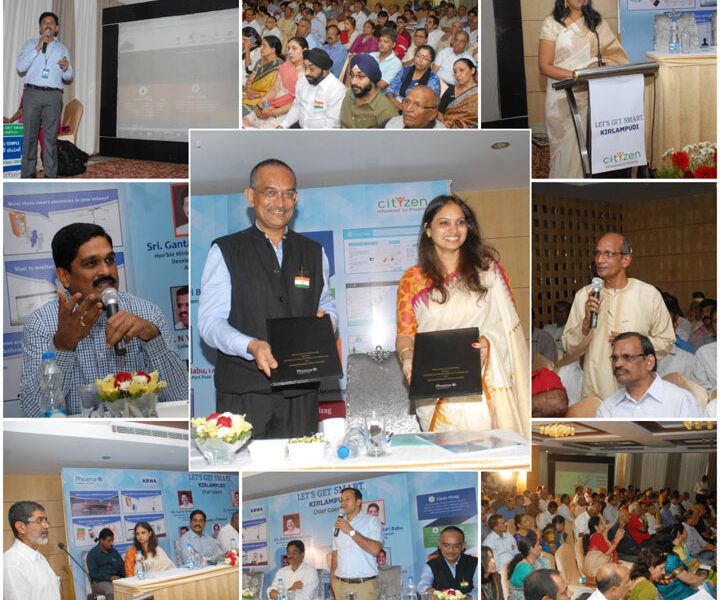 Smart cities being the new buzz word and Vizag being shortlisted as one of the cities to be transformed into a smart city, we have been witnessing lot of interest from many sections of the society and media. But, as you know, for a city to be really smart and sustain that momentum, it is important that its citizens play a key role in defining the contours of a smart city. Hence we decided to work with the progressive Kirlampudi Layout to realize a model smart community as a showcase to what works in and for Vizag.

As part of this initiative, we deployed a citizen portal called www.onevizag.org along with technology platform mobile app that will allow the Kirlampudi residents to collaborate and work smartly for the benefit of their community.

The Portal was inaugurated as part of the LET’S GET SMART KIRLAMPUDI initiative, wherein we are proposing to showcase the colony as a smart community. CITYZEN and Kirlampudi Residents Welfare Association (KRWA) signed a Memorandum of Understanding (MOU) to launch this initiative. 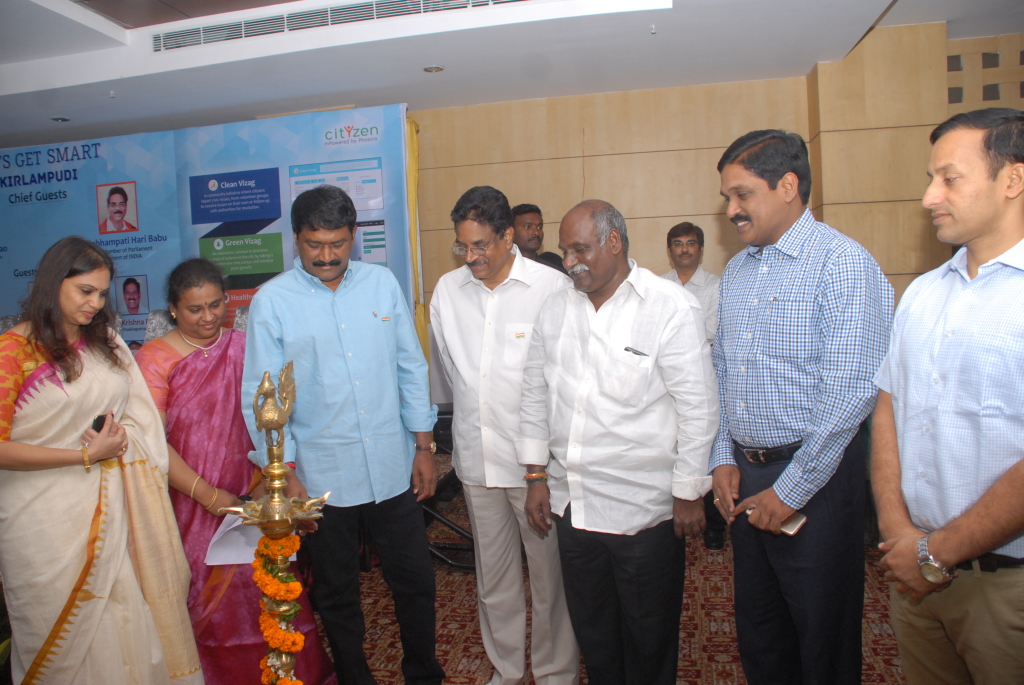 More information on the link below:

CITYZEN is the CSR arm of Fluentgrid Limited, which strives to foster sustainable and resilient communities for a better society through people participation. Under the CITYZEN banner, we recently launched Lets Green Vizag, a CSR program aimed at bringing back the green cover of Vizag -lost due to Hudhud cyclone- through active involvement of citizen volunteers. Honorable CM Sri Nara Chandrababu Naidu recently launched our tree mapping application (http://onevizag.org/map/) that has been used to capture the species details, location and photographic evidence of nearly 50,000 plants so far. It is the first time in India that so many trees have been geotagged in a city along with photographic evidence. We are in the process of taking the next steps necessary to monitor their wellbeing in a sustainable manner, in coordination with GVMC.